Depends on the retroaction from OnlyDinosaurs’ fans, we count out top two hot events, which involved our Walking Dinosaur Costume. First one is dinosaur themed birthday party for kids. The other one is the most popular Dinosaur Costume Prank.

Normally, our dinosaurs alive would hide in a “surprising” place, such as staircase of underground parking, store in shopping mall, backstage of the newsroom…… 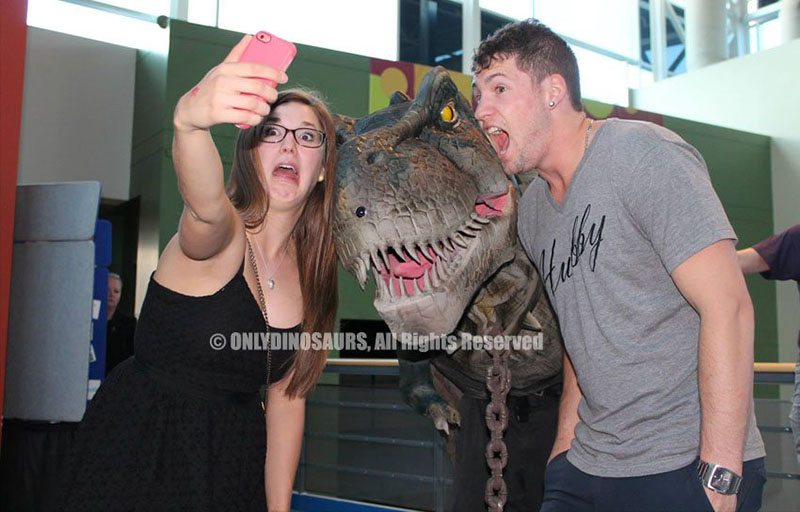 People are unaware of it. Then the dinosaur theme prank begins. Dinosaurs alive suddenly appear in front of them with lifelike roars and thrilling movements. The persons who suddenly encounter “dinosaur attacks” tend to scream or run away. Meantime, hiding cameras are recording… These vivid pictures become the most “funny moment”. 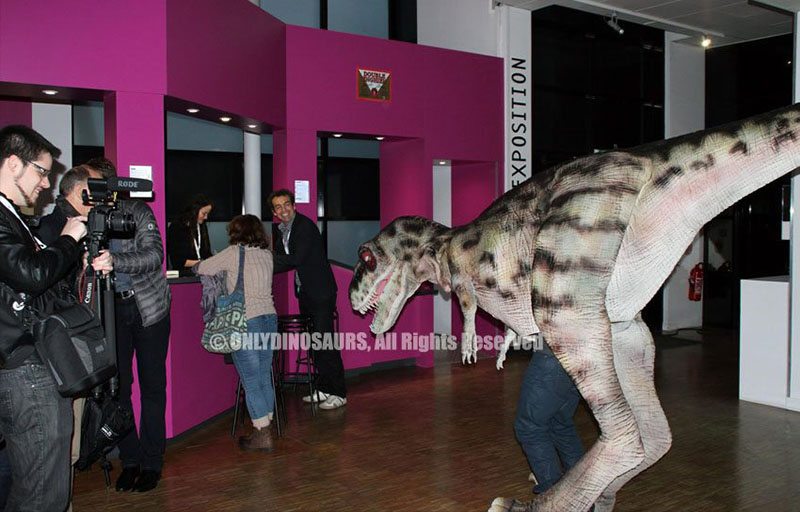 It makes our team very proud that one of our clients, SA Wardega, successfully pranked “Chris Pratt” – “American Hollywood Star of Jurassic World”, with T-Rex Costume & Velociraptor Costumes produced by us.